Widely known as a creator of cartoons about privacy and security, Chris Slane is also one of New Zealand’s best known freelance cartoonists. He has won awards for his graphic political commentary published weekly in the New Zealand Listener. When his father Bruce Slane became New Zealand's first Privacy Commissioner in 1992, Chris began to draw cartoons on the then novel topic topic of privacy. These have grown into a substantial collection and are used by corporations, governmental, health and privacy authorities around the world.

Chris combines editorial comment with book illustration, story boarding and comics creation. `Nice Day for a War’ with Matt Elliott, won the 2012 NZ Post Children’s Book of the Year. Chris has also produced illustrations for comics and graphic novellas in Maori for the Ministry of Education. Cartoon books as sole author are 'Sheep Thrills' and 'Blokes, Jokes & Sheds'.

Comic work includes the books 'Maui: Legends Of The Outcast', 'Nice Day For A War: Adventures of A Kiwi Soldier in WW1', Maori history, legends and a contribution to Dark Horse Comics' Star Wars Tales.

Slane’s editorial cartoons have earned him Cartoonist of the Year at the Qantas Media and Canon Media Awards. Slane contributes to a wide range of websites, books, magazines and newspapers. Political cartoons and illustrations have appeared in the NZ Listener magazine since 1991.

Chris was born in 1957 graduated from Auckland University with a Bachelor of Town Planning and began drawing cartoons for the student magazine Craccum. He lives in Auckland, New Zealand.

Interview in The Listener magazine. 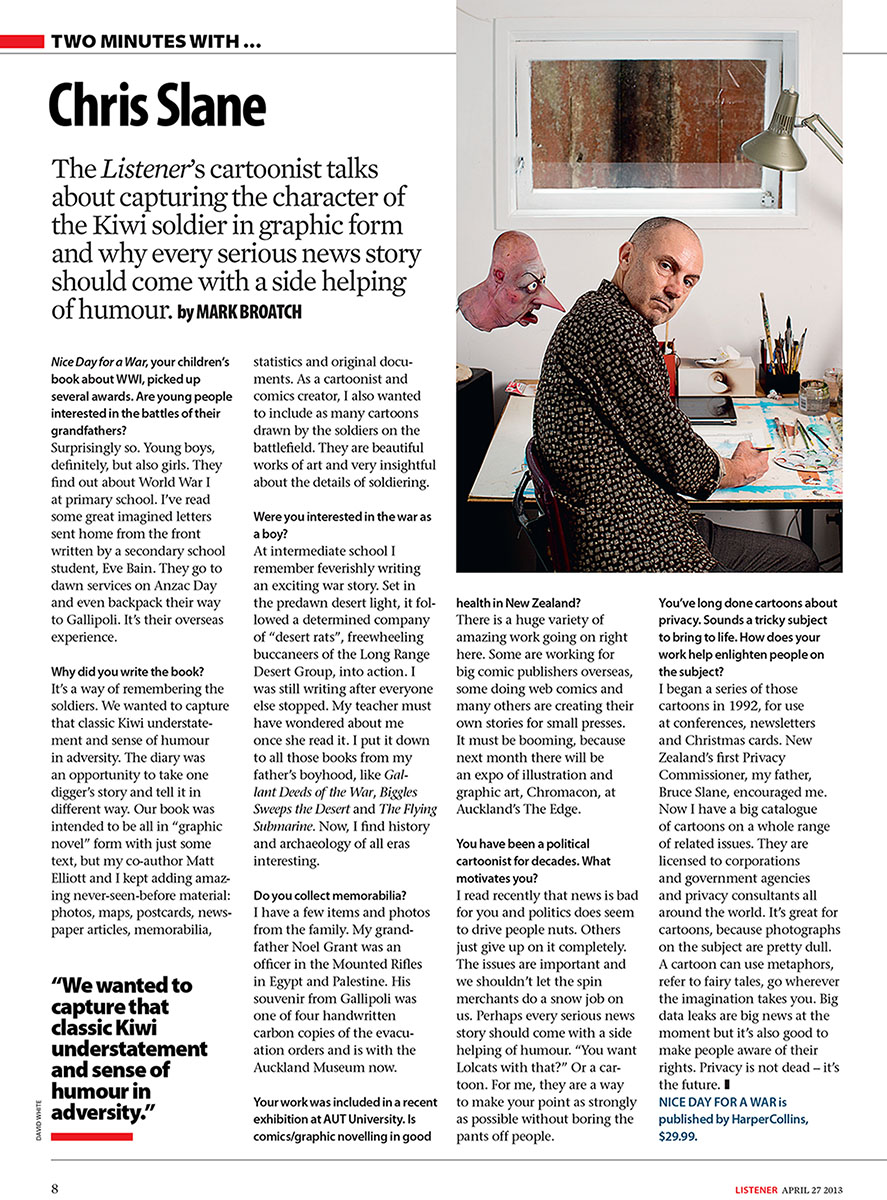 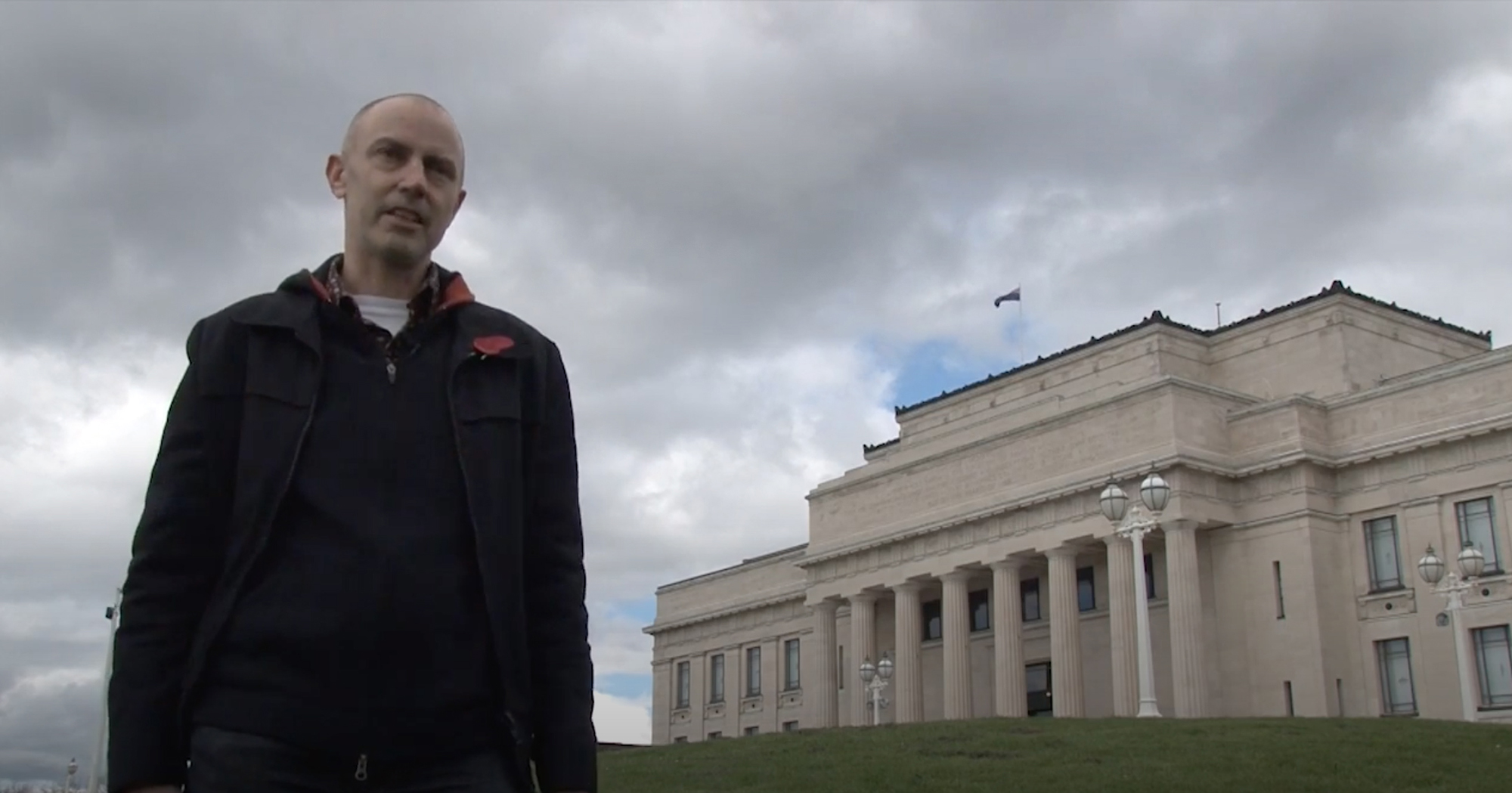 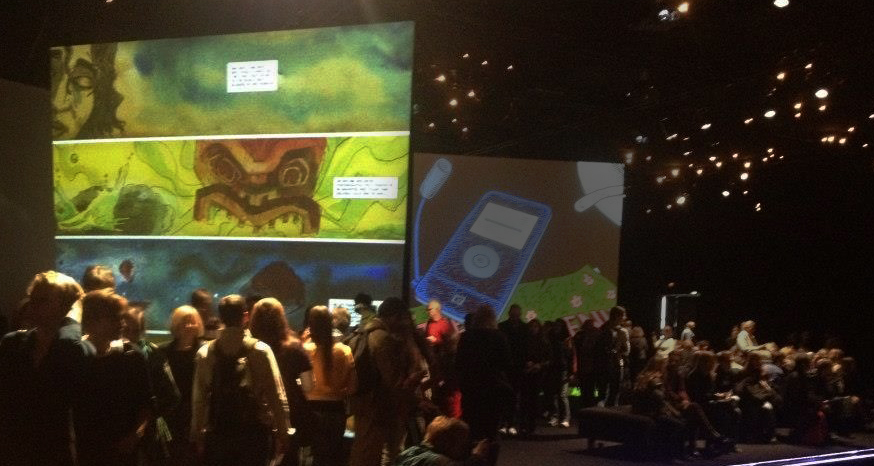 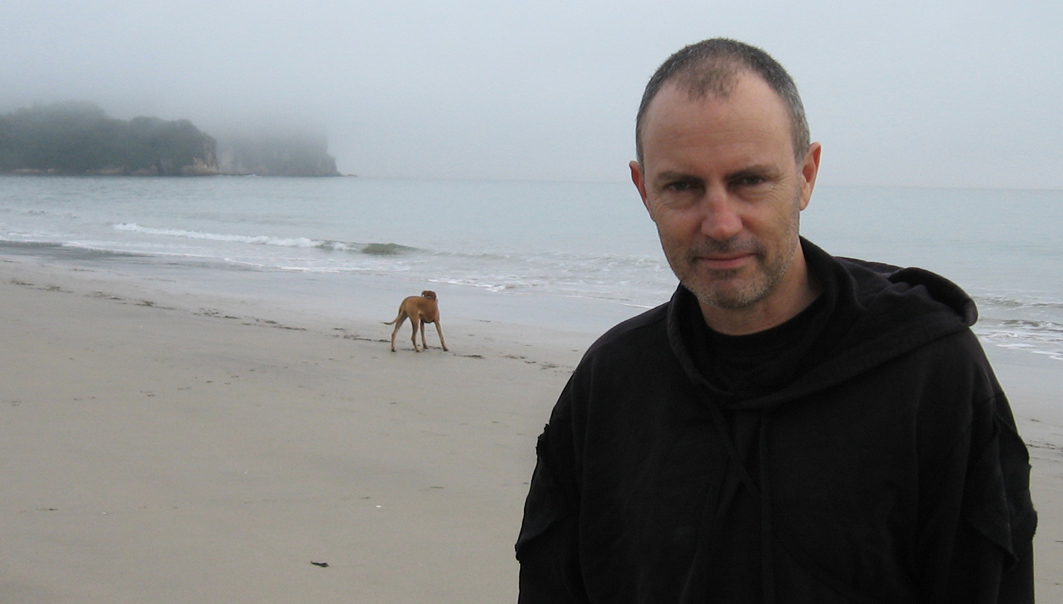